Lubbers & Dijk Notaries | Reception and bookshelf | Amsterdam | 1993, part of long-range project 1993 – 2007
For an office in an historic villa in the Amsterdam Vondelpark, the corporate colours blue, grey and white have been used for the interior. The round lamps contrast with the severe character of the other elements.
Photos: Michel Claus 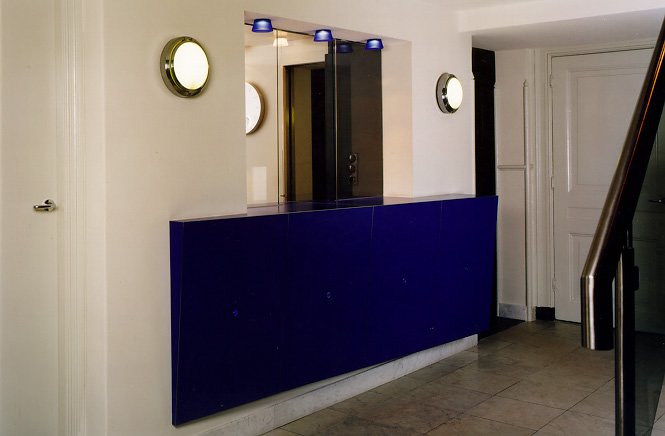 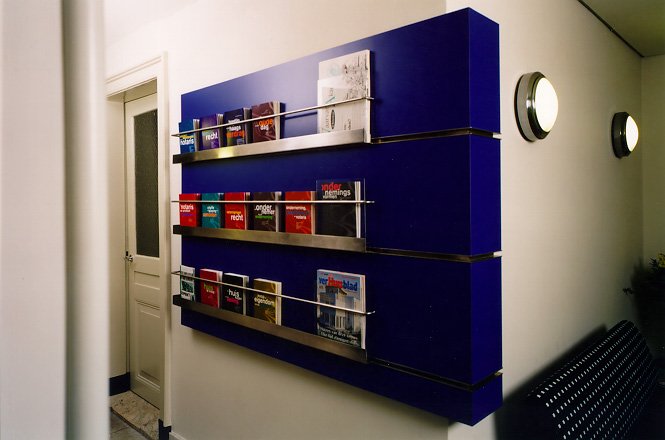